In another article we looked at the basics of GDP, what it is, how it’s measured, and how it’s evolved over time to reflect some of the changes in the real world.

The divergence at time of the real world economic realities from the methodology used to calculate GDP are discussed in more detail in Volume 1 of the report for phase 1 of the Open Trust Fabric project, pages 15 to 19, which can be found here.

Particularly relevant to the modern digital economy is the fifth criticism, that GDP is incapable of measuring investment and productivity especially related to knowledge artefacts.

This is particularly true for digital technologies and intellectual products that are challenging the overall system because the economy relies to a lesser and lesser extent on material goods (Coyle, 2015).

This does not mean that GDP is invalid, but it is less helpful because the data economy is more fluid, networked and not measured correctly by conventional accounting principles.

Coyle explains very clearly why GDP is not able to correlate growth and emerging trends in digital technologies (Coyle, 2017). The GDP is aggregated vertically from individual transactions. However, knowledge production, software and collaborations in cyberspace are more transnational, cross-sectoral and multi-dimensional, totally different from the way the GDP has been designed to understand the Fordist mass industrial production.

Coyle suggests three main reasons why GDP is not able to measure the non-material economy and why GDP struggles to measure these productivity gains:

GDP is not able to measure the so-called digital economy and gig economy, where the growth of digital activities is driven by households and unemployed people doing activities that are not taken into account in the computation of GDP. Those unpaid services and volunteer-based digital production, such as writing open source software and Wikipedia pages, are not included and measured.

Since the business models of platform companies are based on the concept of letting others do their work for them, this trend is extremely relevant in the networked economy. For example, Facebook does not produce content, the users do it for them, but Facebook obtains advertising revenues because of the content contributions.

Business models for digital services differ greatly from the industrial world. For instance: i) the Android platform is given for free in order to receive data to be processed by Google for profiling purposes; ii) free services are financed by advertising; iii) cross-border crypto trading; and iv) cross-border supply chains.

All those business model implementations have a direct impact on GDP.

Coyle argues that the quality of service and increased productivity and choice in on-line distribution models is not adequately measured in prices.

The potential explanation for this has to be considered in the pricing models that companies use and in the network effect that they would like to achieve over time. For example, the pricing by Netflix is quite different from renting a movie at Blockbuster during the ‘90s. Netflix is considering an approach that is called lifetime value for the calculation of its revenues.

Basically, they divide the real price of the service over a minimum number of months (the lifetime of the subscription) with the objective of acquiring as many customers as possible, to use their network to expand and to lock customers into a better user experience and distribution model.

To paraphrase the economist Robert Solow, we see the digital age everywhere except in the GDP statistics.[1]

And it’s this divergence where GDP can potentially be supplemented by the approaches being considered by this feasibility study to look at modelling the EU economy as an ecosystem of contracts. 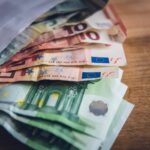 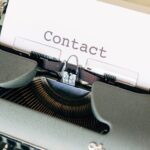 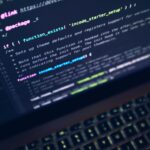 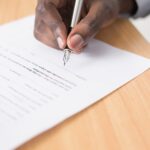